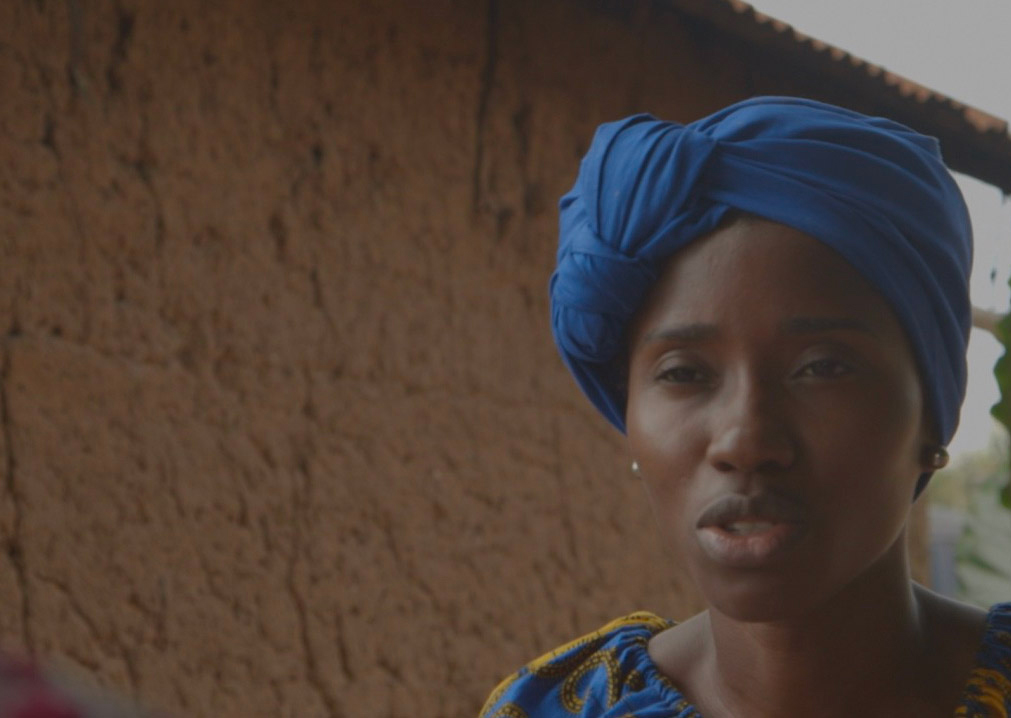 Breaking down walls: why my story had to be told in my own words

Pairing people with lived experience with professional storytellers can be an incredibly powerful mix. When those holding the story and those holding the camera work together as equals, the result can be transformative and inspire a far deeper level of connection among audiences.

Brigitte Perenyi, presenter of the award-winning documentary ‘My Stolen Childhood’ (BBC Africa Eye), shares her experience of the collaborative process with On Our Radar.

Michelle Obama said that “we can’t give other people their voices”. But we can guide them on how to use their voice for change. I was guided to do just that and encouraged throughout the journey of narrating my own story. Not many of us are able to share our stories with the public. Why? Because of the fear of being misunderstood, fear of not being articulate enough. All of these things hold us back. It is not easy, but every story counts.

When I was 7 years old, I was trafficked from my home in Togo and taken to a shrine in Ghana to atone for the sins of a family member. Twenty years later, I had the opportunity to share my story. It was a healing journey that allowed me to reconnect with family, to meet others who had been held in the shrine and to talk with experts about a practice that had changed the course of my life.

I embarked on this project with fear and uncertainty running through my mind. I don’t think I was totally prepared. I knew that my story had the power to impact and inspire, but I also knew that this story could go on to define me. It would likely be my number one Google hit for the rest of my life. This had prevented me from speaking out earlier because I feared that my words would be twisted, that I’d be portrayed as a victim, that my country would be presented as ‘backwards’, and that my story would not create the impact I always thought it would. I don’t want people to pity me, I want them to see strength in my story to help them find their own strength.

How On Our Radar gained my trust

In 2017, an opportunity to share my story publicly came up when Angela Robson introduced me to Paul Myles of On Our Radar. Now, I have to tell you the truth – I have a difficult time trusting people due to what I experienced as a child, especially when it comes to sharing my story. I was hesitant. But Paul started to explain On Our Radar’s collaborative approach – I would not just be a ‘source’ or ‘character’ in the story, but a ‘producer’ and a ‘presenter’, an equal. The project would be co-designed with me and I would be coached to narrate my story, in my own words. I would be involved in every step of the project, from the story development to production, right through to the edit.

In my first conversations with the production team, their main focus was to get to know me and how I wanted my story to be told. I felt fully involved from the beginning as we brainstormed and planned. Their starting point was to ask me “what do you want to get across with this film?” Through these conversations, the idea of a personal journey came about. It would be more than a film about a little-known traditional practice, but a universal story about my journey to get answers, to reconnect and to try to find forgiveness and inner peace. I felt motivated by the idea of inspiring others who hadn’t yet found the courage to speak out. Being able to share my thoughts about how I wanted to share my story made me feel ready to start the journey.

Many journalists want to extract stories without building a human connection, but I remember thinking “these people are not just after my story, they want to work with me to help me best share my story.” I felt myself gain confidence and trust as the layers of fear started to peel away. I was privileged to have a team of people that cared about me more than the story and allowed me to be my best self and to break down the walls that had prevented me from sharing my story before.

Whose story is it to tell?

I don’t believe that an ‘outsider’ could travel to Ghana, Togo or Benin to tell the story of the trokosi practice in the same way as me, having lived through the practice. By the same token, I could not have told this story in the way I did without the experience of a professional production team.

My experience combined with my team’s storytelling skills proved to be an incredibly powerful combination. As a survivor and a storyteller, I encourage journalists and filmmakers to involve us, to be more collaborative. It makes for a richer story when we can hear directly from someone affected by an issue, in our own words, when we’re able to shape our own narrative.

As with any creative process, there were healthy disagreements at times. Just because it was ‘my’ story, that didn’t mean I always got my way – I had to let go of some personal scenes that I was attached to because they didn’t work from a storytelling point of view.

But I loved the discussions we had. The creative disagreements we had (l later understood) were a sign of the trust and respect we had for each other. I loved that during the edit we would take a break to have a walk to discuss decisions. My team would make the effort to explain why they didn’t think a certain scene was going to work, because of the story arc, structure, pace or balance.

To be blunt, the shoot was very challenging – I’ve developed ways of suppressing my emotions and it was very difficult to relive the isolation that I went through. There were times when I was very frustrated and emotional, I wanted to quit many times. My team handled it by putting everything down and stopping to make sure I was psychologically and physically ready to continue. Every day after the shoots I felt stronger and more confident, discovering new things about myself.

The editing was very, very difficult for me emotionally, psychologically. and spiritually. I started going back and forth again in my head, thinking ‘do I trust these people’? I had to remind myself ‘okay you’ve trusted the team all this while, almost a year now, they are very genuine and they’ve always had your best interests at heart’. I had to remember that we’d designed this project together and all agreed on a shared goal for the story – they’re not putting my life out there for people to ridicule.

When we finished filming, I felt proud of myself; it was healing. I created a bond with my team (now we are friends and luckily we don’t have to talk about the trokosi practice anymore!). What was even more therapeutic was to see all of the comments on social media after the film went out. I saw from people’s reaction that we had achieved our goals – we had helped people to find hope and to find the courage to talk about difficult subjects.

I received some media training from On Our Radar before the film went out, which was incredibly useful. I have a tendency to take negative comments to heart and was nervous about judgement and criticism. We created a personalised guide to help me work out how I might react to different criticisms.

Since I’ve shared my story, I have received heartwarming messages from people all around the world and have had people come and talk to me in the street and in November 2018 I was listed as one of BBC’s 100 Women of the Year. I’ve continued to use the skills I developed to work on other productions as a freelance documentary producer and I enjoyed a special moment on the stage with my team as we won the AIB Award for Best Human Interest documentary.

I hope my experience can encourage others in the media to collaborate more deeply with the communities they work with, giving people the skills, support and confidence to narrate their own stories, in their own words.