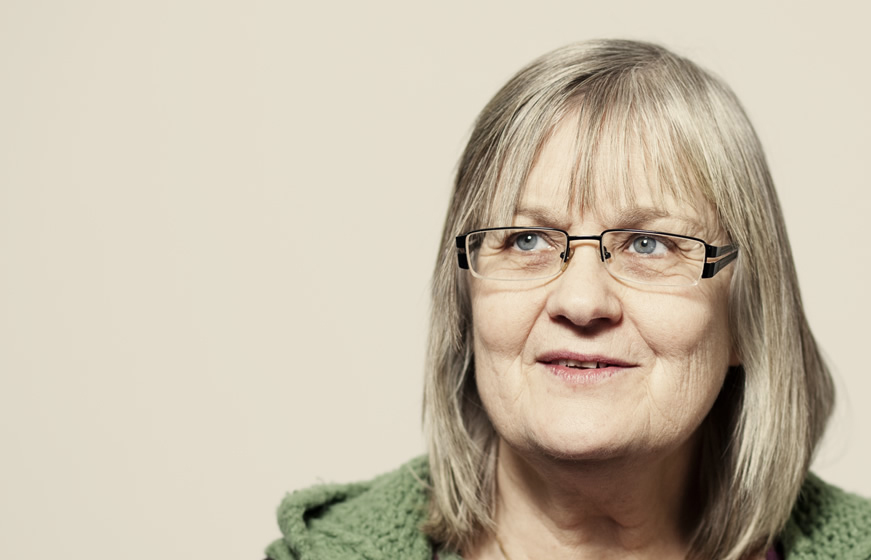 Words are very powerful. They can either build you up, or put you down. I would like people when they are speaking about dementia to remember that.

Agnes Houston was diagnosed with Early Onset Alzheimer’s Dementia in 2006 at the age of 57 and was one of the first people answer our call to join the Dementia Diaries network in 2014.

Dementia Diaries was launched with funding from Comic Relief as a UK-wide project to bring together people’s diverse experiences of living with dementia as a series of audio diaries.

Over 850,000 people are estimated to be living with dementia in the UK today, with this figure forecast to rise to 1.1 million people by 2025. According to the Alzheimer’s Society report the majority of those people are not living as well as they could with dementia; 61% feel anxious or depressed, 34% don’t feel integrated in their community, and 52% report than they do not get enough support from the government.

Dementia Diaries was designed a simple way for people with dementia to record their experiences. Participants helped design 3D printed handsets that had a single button that connected to a dedicated voicemail inbox, where they could leave independent audio diaries of their experiences of dementia. These audio entries came in directly to the On Our Radar editorial team, where they were curated and made accessible via the Dementia Diaries website, reaching both those with a diagnosis and public audiences. In the first 18 months, the network submitted over 3000 entries.

Today, the project is managed by the dementia community and the diary entries serve as both a public record and a personal archive, documenting the views, reflections and day-to-day lives of people living with dementia. The project is helping to prompt dialogue and changing attitudes around dementia in the UK.

Since she joined the project Agnes has been one of the most active participants. Alongside her broader activism around dementia awareness, she has used the platform to speak with emotion and clarity about the daily experiences of navigating life with her condition.

“When I was diagnosed I almost lost my right to hide, and I chose that deliberately. I was diagnosed in the dark ages when there were not many people speaking out publicly and people were put into nursing homes very quickly after being diagnosed. When I look back we have come a long way, a long, long way.”

Agnes continues to report as a Dementia Diarist, alongside 50 others across the UK and her immense contribution was recognised on the Queen’s 50 honours list in 2015 when she was given an MBE for her services to dementia

Listen to Agnes talk about Dementia Diaries in this brilliant Tip Off podcast.

Explore Agnes’s diary or watch her tell her story in this Guardian film.