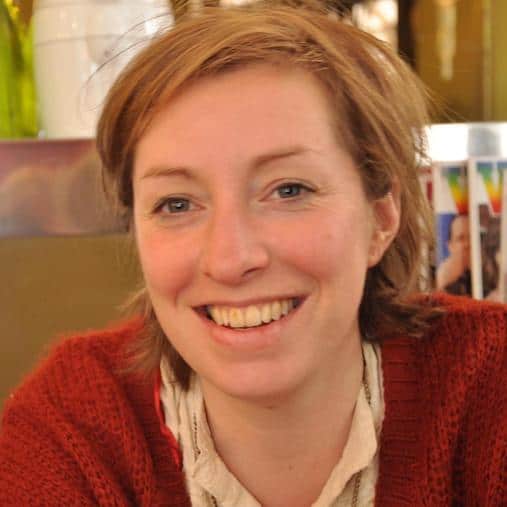 Ask a young person caught up in knife crime: “what matters to you?” That is the bigger story

Sally Zlotowitz is a Clinical and Community Psychologist and Director of Public Health and Prevention at MAC-UK.

She speaks to On Our Radar about the importance of conviction in genuine youth engagement and the challenges that arise from a lack of trust.

How do you build conviction among the young people that you work with? How do you get them to believe that their engagement is going to actually make a difference?

The number of steps required between a young person engaging in a process of change and that leading to actual change is vast. It is really hard for young people to trust in processes as many people haven’t had positive experiences with systems. For example, we support young people to train police, social workers, psychologists, or people within the criminal justice system. They need to have a lot of trust and faith in us to embark on that process and they absolutely assume that no-one wants to hear from them. We may know and actively say to each young person how incredibly meaningful it is for a professional to be trained by a young person with lived experience but they do not hold that belief at all about themselves. They think they will be seen as a joke. They are acutely aware of the power difference and power dynamics. They can’t hold conviction in the potential for them to affect change until they see it actually happening.

What breaks through that mentality?

It starts by building trust, and through that you can start to work with young people on the steps they might take towards change. To build trust and conviction, you need two things — you need time together and they need an opportunity to just have a go. Once they have had a go and got positive feedback, for example, senior people coming up to them after the training and saying: “Wow, I learnt so much from you” (and, just as a note, always leave time for that feedback to emerge), then they start to see the effect that they can have. It can help to have another peer, who is slightly further ahead, who has built relationships and had a go at engaging, and already holds that conviction. Ideally, they would be similar enough to them to be familiar and have credibility but also have the experience to talk to them and coach them through the first steps towards impacting change.

A lot of what we both do centres around relationships in order to repair trust deficits and re-build a sense of conviction in participation. There is often an unease about forming and holding relationships with vulnerable groups. How do you manage that?

A lot of our work is informed by psychological theory and practice, and one of the big points about mental health service design is that it will always exclude the most vulnerable as they often have the biggest issues with trust and authority. They are likely to have the most significant barriers when it comes to engaging with strangers, talking about themselves or seeing their potential to contribute towards social change. So we contextualise that work within psychological theory, which, critically is about relationship-building; making time to just hang out with a young person, led by where that young person feels safest and by what that young person likes doing best. This is a crucial part of the work. We have got into a really challenging rut with our services in that they are no longer relational services. I’ve worked with care leavers who suddenly have their social workers switched, without warning. There might be a justification for this — to manage caseloads etc. — and the service might effectively be the same, but the young people just have to start all over again again rebuilding a relationship. That is so hard. There is a deep psychological knowledge around who you listen to. You only listen to those you trust and feel are credible: perhaps they are credible because they are similar to you or you do genuinely believe that they are helpful and care. It doesn’t surprise me that care leavers end up losing conviction in the care system or in their own potential when their core relationships have such a high turnover.

We also practice a thought-process called mentalisation: the essence of this is that the best way to reach a young person who is supposedly ‘hard-to-reach’ is to try and see the world through their eyes. It sounds simple but there is a whole governance structure that emerges around that idea. We organise around the idea of building effective relationships rather than just meeting targets. This does change the nature of how and when you are available — it can’t always be Monday to Friday, 9 to 5. For those working with young people, I suggest you go on the Adolescence Mentalisation-Based Integrative Treatment (AMBIT at the Anna Freud Centre), which helps you to think about what structures you need in place to spend time with young people whilst also staying helpfully connected to your wider team.

Once you’ve established those secure relationships, there is a risk that a young person will be disappointed or frustrated by the outcome (or lack of it). How do you manage that?

We always work with the principle of ‘sharing the dilemma’. We start out with a shared agreement on the set of dilemmas that might emerge over the course of a project. For example, you might put a lot of personal effort in but not see any obvious change — but we help them to consider the pros and cons of trying. It’s good to create a shared sense of just how difficult social chance actually is to achieve. If and when they do get really frustrated, we try to use that as a therapeutic process — how do we deal with disappointment and can we learn from it? It helps to support them to crystallise their personal benefit and reflecting on that can and should happen on a regular basis.

Young people often expect to see swift change but by building in regular reflective practice with young people, you can highlight small wins — ‘What did you learn to do today?’, or, ‘look at the new skills you’ve learnt this week’, or, ‘I was really impressed with the way you did XYZ’. These feedback processes are key and can be turned into work experience letters or job references. We also do a lot of thinking before the project around to what degree are we setting the young people up to fail and ask the honest question: “What might it mean to them if this doesn’t work?”. If there is any chance that it may do more harm than good, then we just won’t do it.

It can be time consuming to go the extra mile to re-engage groups who have disconnected or been excluded from the mainstream. Looking to the British media, which has faced a great deal of criticism lately for its lack of connection with the more vulnerable groups in the UK, why should they prioritise engagement strategies among disenfranchised news communities?

Getting to know what matters to people requires trust and relationships and that requires spending time with people in their own environments. Until you know what actually matters to people, how can you genuinely represent them? When faced with a set of questions, people, particular young people, will tend to say what they think they should say, and that will likely be what everyone else says and what they think everyone expects to hear. A journalist wanting to report on knife crime will go in with a conversation on knife crime, but a far better starting point with a young person caught up in knife crime would be to ask: “what matters to you?” I can tell you it’s likely to be friendships and family; that they hate loved ones being at risk; hate seeing their mum struggle with three jobs. That is not the same article as ‘look how many of them are carrying knives’. Until you are there and understand the pressures on them, then you don’t know what is leading them into such difficult experiences in their community. That’s the bigger story, and no-one is systematically doing that.

MAC-UK is a charity with a mission to radically transform mental health services for excluded young people. Whilst at MAC-UK, Sally has worked with some of London’s most vulnerable and marginalised young people. Sally has led on research and policy work at MAC-UK to influence policy-makers to organise services more flexibly and thoughtfully around the needs of young people. Her practice and learning has a great deal of cross-sector relevance and can add value to any organisation or practitioner working to engage vulnerable groups.