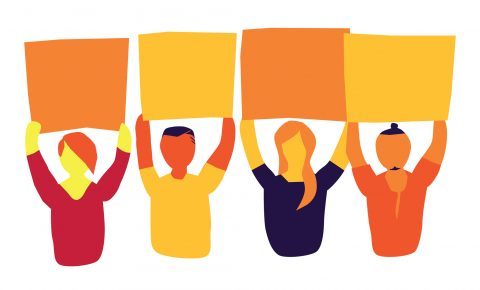 The community that I know, the disabled community, is probably the most resilient, adaptable, fantastic community, and everyone has their own experiences of disability and what it means to them… – Heather Lacey

In partnership with Leonard Cheshire, this past year we’ve been training up young people with disabilities across the UK to create a network of mobile community reporters – Change Makers – who can document and share their experiences to advocate for change.

From Belfast and Manchester to Glasgow and Swansea, through just their phones, these young people tell their own stories, documenting their concerns and ideas in their own way.

Earlier this year, the Change Makers had the chance to speak with Leonard Cheshire’s Director of Assistive Technology, Steve Tyler. In the episode, Steve speaks with the Change Makers about the future of technology and how technology can play a huge role in the lives of disabled people.

I was fascinated by people’s reactions to me, my reactions to other people, and especially not having sight and the importance of vision…the idea of being able to make eye contact across a room, that social integration that you miss out on just by virtue of not being able to see is enormous – Steve Tyler

In Episode 7, the Change Makers speak to Erin O’Reilly. Erin is the Communications Manager at Leonard Cheshire and produces The Disability Download, Leonard Cheshire’s podcast. They spoke about running campaigns as well as the lessons Erin has learnt developing The Disability Download; what’s worked well, the episodes she’s enjoyed making the most and the topics she found the hardest. It’s always tough hearing when people have gone through negative experiences but then also really great to hear their thoughts on how things can change and what people can do to, kind of, counteract that behaviour – Erin O’Reilly

In Episode 6, the Change Makers speak to Laura Beattie about living with cystic fibrosis as well as developing an accessible and sustainable clothing brand and her role in building a more inclusive society for everyone.

In Episode 5, the Change Makers are doing things a little differently as they chat with LGBT+ organisation, Just Like Us. They talk about not just being allies to each other but the intersectionality of disability and LGBT+ identities as well as the importance of forming coalitions and so much more.

it was kind of thought-provoking, in a way, to shift the discourse and shift attention to how we can build coalitions and solidarity, and how all our issues are interconnected at the same time – Marco, Just Like Us Ambassador

In Episode 4, Change Makers speak to Geoff Holt MBE, who became a wheelchair user at the age of 18 after an accident diving into the sea. Geoff talks about his experience of coming to terms with this change, getting banned from cinemas and his adventures at sea.

I just accepted that I could do whatever I wanted, so when I became disabled I still had that mindset, I think, that I can just rock up and stay somewhere and do something, and when I started to discover the things I wasn’t allowed to do… I mean got banned from Canning Cinema in 1995 because I turned up in my wheelchair – Geoff Holt MBE

In Episode 3, Change Makers had the opportunity to chat with the new CEO of Leonard Cheshire, Ruth Owen. They spoke about Ruth’s journey to CEO, from the inaccessibility of mainstream school to the uncertainty of being able to work, as well as her passion for travelling. I thought, I really need to work, I wasn’t sure how I was going to work because work kinda seemed like a mountain that was so high to climb, I wasn’t sure if I was ever going to get to work – Ruth Owen

In this episode, Leonard Cheshire Change Makers had the opportunity to chat with Josie Verghese about her experiences as a disabled journalist working for the BBC. I think anyone with disabilities, or people supporting people, are natural planners because we think ahead and we have to problem solve all the time, and having those skills inherently is a massive part of my role… – Josie Verghese

Episode One: In Conversation With Heather Lacey

Last week Leonard Cheshire Change Makers celebrated #PowerofYouthDay by sharing the first in a series of Change Makers ‘In conversation with…’ sessions. In this recording, the network speaks to disability rights activist, Heather Lacey.

Change Makers is a Leonard Cheshire citizen reporting programme supported by the Act For Change Fund – a joint initiative between the Paul Hamlyn Foundation and the Emsée Fairbairn Foundation, working in partnership with the National Lottery Community Fund (#iwillfund). It provides young people with the resources to challenge social injustice, inequality, and give voice to the issues they are experiencing.

We hope you enjoy listening to their conversations, and if you would like to find out more about Change Makers, please visit www.leonardcheshire.org/changemakers 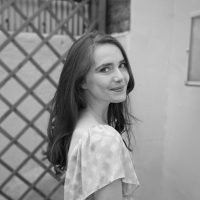