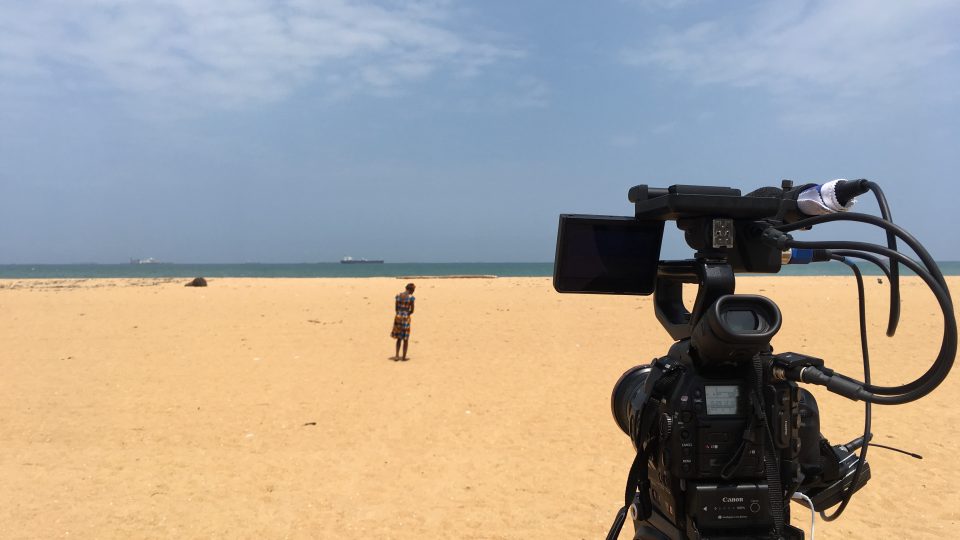 Participatory media is about rawness, anger and a new kind of expert

In a former life, I worked as an investigative reporter for a mainstream channel. It was exhilarating and important work but, as an undercover reporter, I often found myself isolated from the communities affected by my investigations. One report often springs to mind: an undercover report I did for national broadcaster that led me to spend five weeks as a waiter on a cruise ship to document poor working conditions and labour rights abuses. I spent my time working horribly long days, meeting workers from all around the world, recording these experiences in secret to produce a powerful exposé. Although I was proud of what we managed to capture under the circumstances (I don’t think we could have captured this particular story in any other way), I desperately wanted to engage with these workers more deeply and more openly. I wanted to hear their life stories, what had brought them to that ship and how it felt to work there. I wanted them to share their stories in their own words and I wanted to know what they would do to change things.

This motivation led me to join Our Radar as Head of Editorial in 2014, because I believe that the best stories are often told by those most affected by an issue — the ‘experts by experience.’

Before elaborating on this, it’s important for me to caveat this by reiterating that I absolutely believe that ‘traditional’ journalism still has a crucial role to play — we need experienced journalists asking difficult questions of people in power, perhaps now more than ever.

But I’m motivated by a desire to re-capture the excitement that came with the rise of citizen journalism, before concerns about fake news, poor verification and the overwhelming din of social media dampened the enthusiasm about this new era of storytelling. I believe that communities are able to tell their stories with a nuance, authenticity and expertise that often can’t be achieved by a journalist who ‘parachutes in’, covers a story and leaves. I also believe that deeper collaboration with marginalised groups will help to rebuild trust in the media.

The time of extractive, parachute journalism is over. We need to move beyond the era of white journalists travelling from western capitals and staying ‘in the field’ for a week before writing the story up, with their by-line on the piece, them taking all the plaudits. Developments in mobile technology mean that we’ve got easy ways of communicating across distances. Innovative new methodologies give us opportunities to involve communities in the storytelling process from the project design phase through to the production.

When On Our Radar collaborate on a story, we leave behind reporting networks and platforms, which allow people to continue to share their experiences and ideas over a long period of time. This process empowers people but it also provides a resource for us to return to [quickly] when future events affect that community. While we don’t operate as a bureau, our collaborative approach is centred around community partnerships and that’s meant we’ve created enduring networks of people experiencing unique and challenging journeys in hard-to-reach places, across the globe.

We, as journalists, have crucial skills to bring to each collaboration; we know the media landscape and have the legal and technical skills to produce a documentary or a multimedia feature for an international outlet. While we let the storytelling be led by those with lived experience, we add value by offering editorial, technical, legal and safeguarding guidance. By bringing our shared assets together, we work with communities to retain their authentic voice while packaging and delivering broadcast-worthy, print-ready content to a mainstream media outlet.

The On Our Radar model works particularly well for first-hand, experiential reporting, like our Dementia Diaries project. We 3D-printed simple, customised phones to allow people with dementia to leave audio diaries into a voicemail line over a period of 18 months, leading to a series of stories published by national media outlets on television, on radio and online.

Dementia is such a complex condition; there are over a hundred forms of the condition and every person’s experience of it is different, depending on their mental health, social connections, living situation, age, fitness levels and type of dementia. To have a long-term reporting project where you can track people’s journey over a period of time was an extremely powerful way of capturing the raw emotions of the ups and downs of living with the condition.

If I were to interview someone with dementia today and asked them about an event a week or more ago, apart from the fact that they may not be able to recall details, you often see a ‘flattening out’ of stories when people tell their stories retrospectively. Reporting in real-time allows the rawness, anger or emotion to come through in a different kind of way. The experience isn’t filtered by time or by the professional journalist’s interpretation of events, or by any self-editing people may apply when talking to certain institutions.

Certain stories deserve to be told over a longer period of time. Dementia is one example of that — a progressive and ever-changing condition where a person’s mood and experiences change. Audiences want more than a snapshot. They are calling for a window into lives across the world and a sense of connection to stories as they emerge. We’re particularly proud to have handed this project over to the dementia community several years ago who continue to run it five years after our first diary.

Another example of the benefit of long-term collaborations are the stories we worked on in Sierra Leone throughout the terrifying Ebola crisis in 2014. We had previously trained a group of young first time voters in 2012 ahead of their national elections, and as most were offline, we set up an SMS and audio reporting hub. Short text messages and calls were sent into a digital dashboard where they could be curated into a live feed. After the elections we left the line open and nurtured our relationship with the reporters. So it was that, late one night, we got the first SMS report hinting at the emergence of an Ebola epidemic. Using our SMS reporting system, mixed with mentoring and story coaching via WhatsApp, we ended up managing rolling coverage throughout the length of the crisis.

For global media houses blocked from entry due to quarantine, having a live feed of reports as the situation changed was very valuable. For those living inside the quarantine, it was a line to the outside world. We didn’t have funding or a project plan but we knew we’d keep working on that story for however long it lasted.

By building relationships and the loyalty of a network we were able to negotiate access to people and areas which Western journalists were unable to reach. One of our reporters, Mohamed Kamara, grew up in one of Sierra Leone’s toughest slums called Moa Wharf. He was able to share a story about a gang who operate there called the Tripoli Boys, led by a young man who called himself ‘Gaddafi’. By picking up the work of raising awareness about counteracting Ebola in the slum, the gang went from having a local bad boy reputation to being heroes in Moa Wharf. They mobilised their network of boys to go from house to house, sensitising and educating people about how to prevent Ebola from spreading. They encouraged people who were ill but scared to come forward and took them to hospital and so built trust and respect within their community. After the outbreak was over, Mohamed worked with us to suggest making a short film together about their work. Full of confidence and frustrated that they had not been better recognised for their work, they agreed to work with us and Mohamed to co-produce a feature for Channel 4. That film was watched by around 2 million people and the Sierra Leone network continue to report on issues from disability rights to malaria.

For a long time, we’ve talked about people’s right to speak. We have spent time listening to those living in the margins of society around the world and we’ve heard just how painfully isolating it can be to feel excluded from media and mainstream public dialogue. You cannot hold that knowledge without feeling passionately that people who are in vulnerable situations should be heard. But beyond that right, there is actually a far more powerful call to action.

We need their voices. We need their stories and their insight to understand society and one another and make decisions about the world we are living in.

At On Our Radar, we’re not interested in doing ‘fair trade’ media, a media which is somehow nicer or more inclusive but perhaps lacks the quality and reach of the mainstream press. If we are going to mobilise a new wave of journalism and community engagement then the product has to be as good as the process. The stories we produce are raw, surprising, different in texture — and win awards.

To achieve this, we build skills and trust within communities — from garment workers in Bangladesh to the young homeless in the UK — and give them a platform for their voices. In doing so, we co-create a different type of media, where the trust and the immediacy comes through in a different way than if you sat someone down with a film crew and pointed a camera at them. It speaks to a global audience who, accustomed to hearing stories straight from the source on social media, demand a higher level of transparency and less mediation. To answer their call, we need to get closer to the stories and who better placed to do that than those living inside those stories and feeling the impact day after day.

Find out more about our work with Dementia Diaries or for more stories from Sierra Leone, explore Back in Touch (about Ebola) and Working the Night Shift (about malaria).