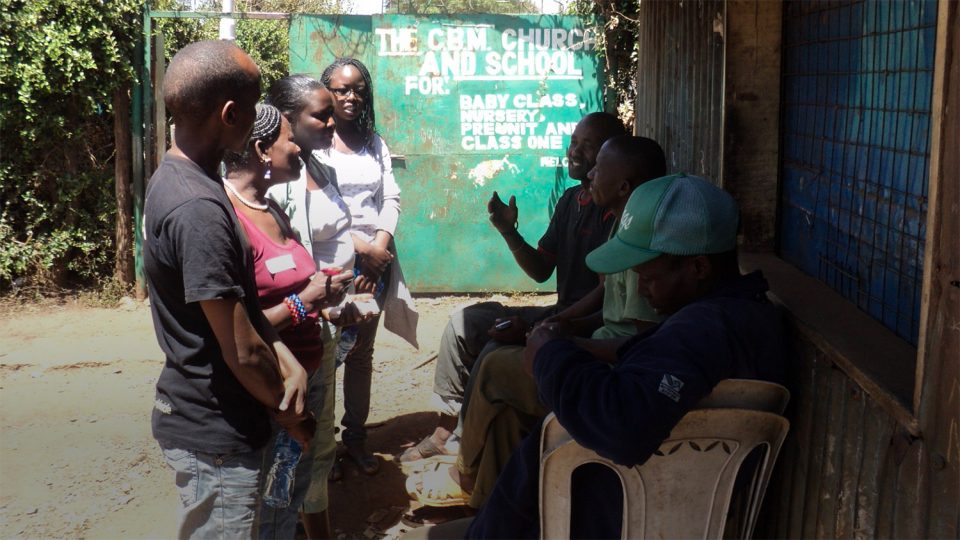 The importance of dialogue in digital development

Technology enables more people to participate more often. At Radar we are concerned with inclusive communication as a tool for development, democracy and rights, so our interest is how technology can enable more people to speak and be heard more often, both within and beyond their communities.

As tools for digital communication, particularly mobile, become more affordable and more prevalent, we are enjoying a new era of engagement, both at a community level and on global platforms: a growing bubble of voices emerging from homes and handsets worldwide. For development agencies, the potential is tantalising.

The growth of this speech bubble is easiest to follow by looking at the digital media, where the rise of user generated content and citizen journalism is swiftly changing the landscape of content and engagement. In many news outlets, there has been a necessary shift from editorial to curatorial as places that were previously talked about have gradually started to speak for themselves.

This is surely a welcome shift but a closer look often reveals that this growing bubble of digital voices is still dominated by those living in the urban centres, those who are literate, with a fair level of connectivity and spare time. The minorities are largely absent. Within these, women and girls are distinctly quieter. At best there are shadow publications, platforms and projects that offer niche areas for minority groups to share information among themselves, away from the clamour of the mainstream: smaller bubbles, surrounding the majority bubble, that struggle to rise as far as fast.

Tools for technology, connectivity and information are valuable resources; as such they are largely governed by the same patterns of ownership and power as other resources. There is a hierarchy of access. Radar works with groups and individuals who lack confidence in raising their voices. We have actively trained a disproportionately high number of women and girls in traditional communities and yet, eighteen months on, it is glaringly obvious that we have a disproportionately high number of men and boys reporting across our projects. Groups of women and girls in northern Sierra Leone or India who participated eagerly in a digital engagement or mapping workshop have dwindled into silence days later.

To avoid the ebbs and follows of time-bound funding, we have set up a not for profit consultancy that can generate ongoing unrestricted funding so we can continue to work with those who will take years before they are confident to share their news and perspectives.

The speech bubble is also distended by the pressure to scale quickly. In order for people to speak, they need to believe they are being listened to. That becomes even more crucial when the issue at hand is one shrouded in taboo or personal pain, or raises a security concern.

When there are tens of thousands of voices speaking at once through digital channels, our technology is smart enough to pick out trends, suggest relationships and group messages on maps, but without genuine human capacity behind the technology, there is no ability to listen and respond to the nuances of what is being reported by individuals.

One of the things that we are proud of at Radar is the relationships we have with those we’ve trained — we know if they are single mothers, or if they have recurrent malaria which hinders their activity. This means our interaction with them is guided by realism and warmth. If someone falls off the map, we pick up the phone. We follow training with one-to-one mentoring so that trainees have ongoing support. Is this sustainable? But on the other side of the coin, is it dispensable?

Good interventions must of course be able to grow. However, when it comes to mass communication, the necessity to scale can sometimes eclipse the ability to listen. There is a central place for large scale comms and data projects. The introduction of short codes, for example, has enabled us to submit and gather large volumes of information, particularly in crises or during elections. However, a sole focus on quantitate scale can run the risk of embarking on models that are either extractive or prescriptive. While we are clear that development projects that are one way are less effective, this rule is sometimes forgotten when digital tools are added.

In summary, digital technology can be an equaliser but it can’t cut immediately through generations of active or even residual inequality. Digital can give power to share and gather but it also gives us the capacity to listen and converse and there needs to be greater emphasis on this.

At the crossroads of dignity and data is dialogue. If we can get the balance right between the three then we will find that the trends we track become more accurate and the change we support becomes more achievable.