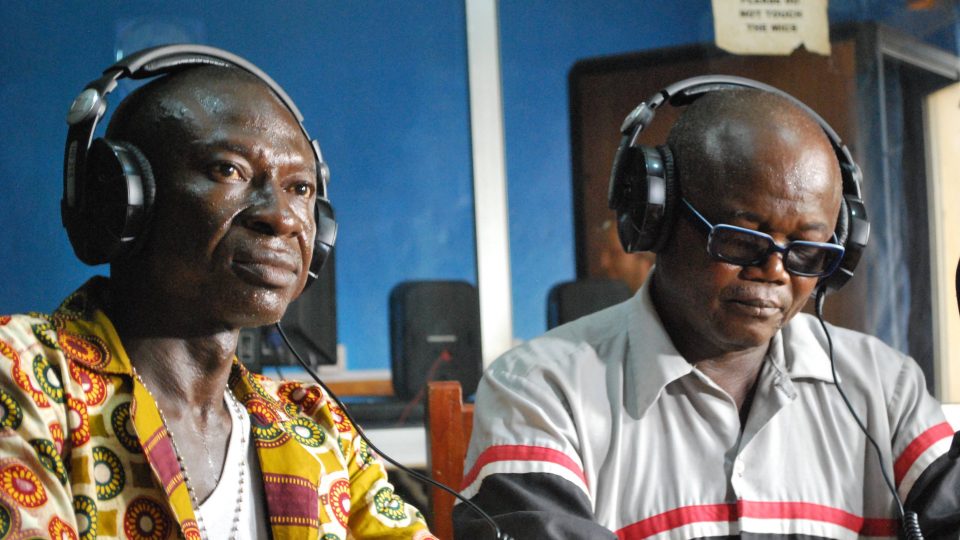 The Danger of Distrust

The role of conviction in collaborative storytelling

On Our Radar has spent the past seven years developing collaborative stories with communities at the edges of society. This year, we have been exploring the common barriers to speaking out from the margins and ways in which organisations can establish a genuine space for engagement. We will be running a series of features that look, in more depth, at five roadblocks to being heard. This blog focuses on conviction and is the first in the series.

Those who’ve been routinely let down by society often struggle to believe that sharing their story through the media will have any benefit for them or others. Poor media practices can lead to further layers of distrust and alienation. Improving these practices is key because without conviction in the press people in situations of vulnerability are less likely to engage – and without the engagement of those on our social margins, the media remains less representative of our society and therefore less relevant to us all.

One of the deepest challenges that arises within collaboration production cycles with those who have been through tough times is the lack of conviction they have in formal processes. Time and time again, we hear that they are sick of being taken along for the ride just to be portrayed without dignity or see no benefit as a result of participating. For those who have been let down repeatedly by those who purport to represent them, it becomes hard for them to trust in yet another process that seeks to unearth their experiences and lay them out to dry in public.

A lack of conviction, it seems, can bubble up from a number of sources. There are two that bite most often in our work: a lack of trust in the intention; and/or the lack of belief in the outcome. For journalists and researchers, conviction is the access needed to get honest information and represent the breadth of society. People open doors to the press when they believe in the power of the media to inform society and affect change. It doesn’t even need to translate into direct benefit: the vast majority of those we work with choose to participate to prevent others from falling onto hard times and see the media as a mechanism for that purpose.

But, even with the best of intentions, representative processes, including journalism, are often extractive. At its worst, that extraction can be traumatic (I remember one of my first tips at journalism school was how to most effectively door-knock a bereaved family). Even at its best, a good production team that fails to foster a sense of engagement with the outcome or output of a story is just self-defeating; it feeds a sense of discontent; of being used for a purpose and then thrown away. It tarnishes the role of the press as a genuine public service.

Research, interviews, consultations, surveys and focus groups are set up to glean knowledge and capture insight, which is usually taken back in-house and professionally aggregated, edited and shaped for consumption. It almost always starts with a predetermined agenda or commission, rather than an open question and there is rarely any shared control over the story. I recently read about the humiliating experience of @RifaieTammas, a Syrian activist and PhD student at the University of Sydney, who spoke to @OpenDemocracy about an appearance in a new clip about Syrian refugees. Despite his professional background as an academic and reporter, he was “ featured for a few seconds, half in tears and conspicuously traumatised” over the loss of family members. The clip then cut to a white Australian observer who gave “his “objective” and scholarly analysis of the situation”.

This same situation comes up time and time again among those we work with who have engaged with the media. It wears away at their dignity and when the cameras turn to them again, the trust is broken. I saw this in stark relief on a press visit to a rural location in northern Sierra Leone where a farmer tried to grab and smash my camera in fury at the teams of media that traipsed through during the civil war and never returned. They never saw the footage or the stories. The whole community felt certain that someone had made money out of their misery. It’s likely they had.

Some of the biggest mistakes we made in the early years of Radar were rooted in our lack of awareness of just how crucial conviction is to collaborative storytelling. Much of our work starts with co-design circles and, within those, a lack of conviction might present as a row of empty seats. However, it can just as well present as a row of stony faced participants flanked by keen and well-intended key workers. After years of variations, I’d rather have the empty seats. At least there is an honesty in that. The worst outcomes have been the result of instances where we felt pressure to push ahead with the stony faces, even though we’ve known that underneath there is a deficit of trust. We always connect with the best intentions but often that is not enough. The deficit of trust and conviction goes far deeper, to a place where logos and institutions and forms and rules have, possibly over generations, done more harm than good. And that harm is not easily undone.

Here’s one of those stony-faced incidences: we had been invited to work with an emergency accommodation charity who wanted to know how to improve living conditions for their young homeless residents. We invited a group of young residents to participate, first in a co-design session and then, potentially, in using simple mobile tools to journal their reflections on their stay in the housing centre. First there were the empty seats, and then following a flurry of key worker activity, there were the stony faces, as the slated attendees were brought down from their rooms to participate. Many of them were deep in the red, going through personal crises and knee-deep in a system of well-meaning but gruelling bureaucracy. They had been encouraged to participate to keep them busy and get them engaged but it was clear they had far more pressing priorities and, on the face of it, we were all just another part of the system.

It took several weeks of building up relationships with these individuals, well beyond the allocated time and scope of the grant, for them to start to view us as a secure place to share their insight and to see the collaboration as worth the time and energy. From our side, it helped to leave an open and flexible path to engagement. On the back of those early conversations, we were able to recognise the cause of those empty seats and then those stony faces – how unhelpful and ineffective a morning group co-design session would be for a group who were often afraid of their peers, exhausted from late nights and unable to collect their thoughts under duress. For some, the way forward was talking to a friend, who could connect with us. For others, it was forging a close professional relationship with one of our team that centred around long mobile conversations. Others wanted to engage by text, and only at 10pm on a Tuesday. In fact, the majority of participants felt most able to engage between the hours of 10pm and 2am; challenging to build around a 9–5 role. Rebuilding conviction among disengaged groups is hard to scale for this very reason. It requires genuine human responsiveness, foresight and trust-building. But investing in that process goes beyond the individual benefit; each person we work with is a multiplier, both in terms of their reach and the groups they represent, and a sense of conviction has an element of contagion among communities.

This is why the first point in our methodology is always a period of flexible codesign. That period needs to be responsive enough to build trusting relationships and offer a chance to share ideas and control, and meet each participant where they are. Ideally, it will surface a shared theory of change or a shared acceptance of the issues that might arise. It’s why it doesn’t make any sense to come with a predetermined solution or potentially even predetermined questions.

Even when trust is established around a storytelling or reporting process, there is often a well-founded fear that sharing a story may instead lead to further isolation, criticism or disrespect. And, as we all know, in many cases, that is exactly what happens, particularly in the comment boxes. More traditional forms of extractive journalism can give in to stereotypes or single stories that cause deep damage, and communities may not trust media or institutions who have, in the past, distorted their words, or the voices of those they identify with, in order to sensationalise or simply sell content. In the clamour of digital noise, there is a need to be heard over and above the rest. In charity communications, this has long presented in stories about pitiful characters shown at the height of their hardship in order to motivate giving. It has been a highly effective strategy, and so it sticks. But it entrenches a very harmful narrative, with reverberations that are felt across society, and across generations.

Although with some key third sector organisations, such as Comic Relief, leading the way on new narratives and communication processes, there is hope. Ed Sheeran became the fall-guy for decades of white-saviour TV but the widespread criticism of a red-head Brit narrating the hardships of street children in Liberia echoes a far broader sea-change. There is a rising tide of criticism towards those who purport to be a ‘voice for the voiceless’ with little or no experience of their life experiences or genuine connection to that community.

It can be very difficult to establish trust. In order to ensure that newly established trust isn’t immediately eroded, feedback loops and decent after care are essential. I remember writing an article on FGM and sitting at my desk at home and running through Skype calls with women who had gone through it. The article was published and I never spoke to those women again. As a young reporter, I hadn’t been given any guidance on what to do with the threads that we had opened, even though many I spoke to were left audibly shaken by the experience of telling their stories. With no further commission and no therapeutic training, it was difficult for me to keep a line open, but I wish I had spent time calling them to let them know the ripples their stories had made. It would have been time well spent.

In summary, we firmly believe that conviction in the power of the media can be rebuilt by offering genuine and meaningful pathways to engagement. When people look for themselves in media and find themselves missing or misrepresented, then there is less chance of them seeing the media as a potential platform for change. After meeting with the survivors of the households caught in the Grenfell fire, Jon Snow was visibly shaken by the realisation that their voices had been so routinely ignored by the British press. He held that up to the light as a sign of the chasm between vulnerable groups seeking representation and a media that had such “little awareness, contact or connection with those not of the elite”. In an age of distrust and deep social divides, the media should be central to the fabric that holds us together. For that to happen, it must fight to stay relevant. Fight for the resources and time it takes to rebuilt connections and restore conviction.

It will be worth the shift.