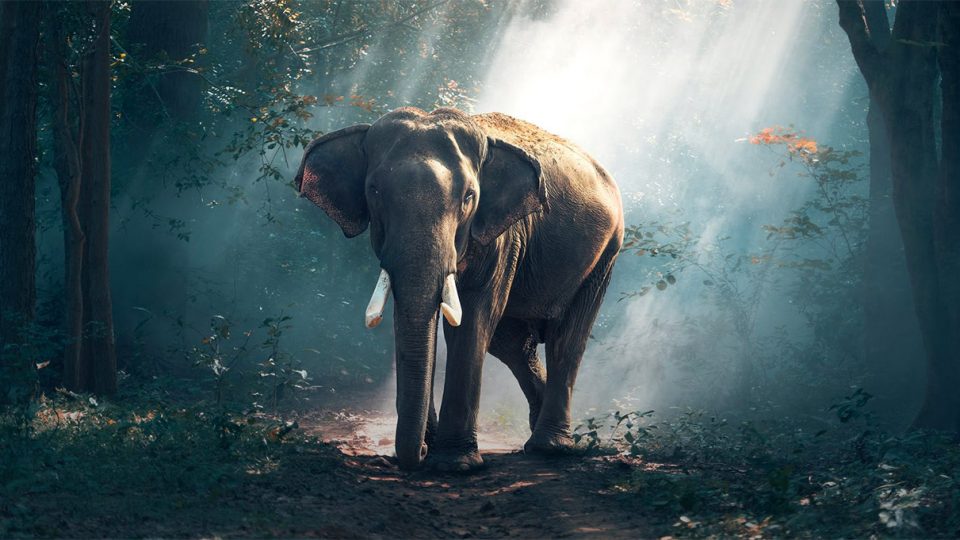 The Elephant in the Room

On the importance of amplifying quieter voices

There’s really no such thing as the ‘voiceless’. There are only the deliberately silenced, or the preferably unheard.

It is always important to reflect on the impact of news and factual content, but these conversations are especially important in our current political climate. I produce documentaries, and my work sits somewhere in between understanding the world through its truths and storytelling.

I came to film from a different kind of storytelling — Persian poetry — and that is often the prism through which I understand things.

This fable has always represented to me the fact that reality is too large to make sense of, and that our individual stories give it form.

I was surprised recently to read a new variation of this fable, which suggested that the elephant was put into the dark room by someone. And that that person was revelling in the fact that fights were breaking out among different individuals so convinced of their truths that they couldn’t understand anyone else’s.

It feels to me that we’re closer to this place today — we can all tell stories and there is more film, more content, more news, more talk now than ever before.

There has been a lot of talk about diversity in recent years — film organisations all over the world are reflecting on who is telling stories. Funders including the UK’s British Film Institute are putting systems into place to encourage diverse cast and crew on productions. Festivals are celebrating their quotas of female directors. There are increasing questions within funders, newsrooms, amongst producers around who can tell which stories.

In the documentary world, there are ways for us to make films on our own terms, to speak in our own words, and to have agency. These often involve shoe-string budgets, open-minded foundation funding, and crowdfunding, and always involve patience, sheer determination, and drive.

But our new battle is elsewhere — it is in being seen, being listened to, being heard, being believed. The battle is for space — on mainstream stages and not only stages you’ve created for yourself.

Some of the most powerful people in the world right now are filibusters — they talk so much that nobody else even has space to contribute to the discussion. But we have a choice about what and who we listen to, and we mustn’t fall into the trap of not listening to the different understandings of the elephant.

I want to use this platform to urge you not just to listen but to amplify the quieter voices. Watch films by women, by independent directors, by people traditionally marginalised by mainstream spaces. Watch at the cinema, on TV, online. Do it especially if you’ve never heard about that director or can’t pronounce their name. Talk about these films and the people who make them. Validate their space.

We are entering a world where algorithms have more decision power than we do ourselves — ask questions about what you are seeing, what you have access to, and why.

If we don’t show that quieter voices are valuable even in the small spaces they occupy, not only will they never grow — they will cease to exist.

Though it’s not easy to see the full scale of the elephant, we have this small but significant power: to choose to not always look at it from the same perspective.

Elhum Shakerifar is a BAFTA nominated producer and curator. Producing and distributing documentaries through her company Hakawati with the core ethos that a good story is in the telling, Elhum’s recent credits include Sean McAllister’s A Northern Soul, which opened 2018 Doc/Fest; ISLAND by Steven Eastwood, winner of the BIFA for Best Documentary; Almost Heaven by Carol Salter; BFI/Sundance funded Even When I Fall by Sky Neal and Kate McLarnon; and multi-award winning A Syrian Love Story by Sean McAllister — named #3 Best Film of 2015 by The Guardian.