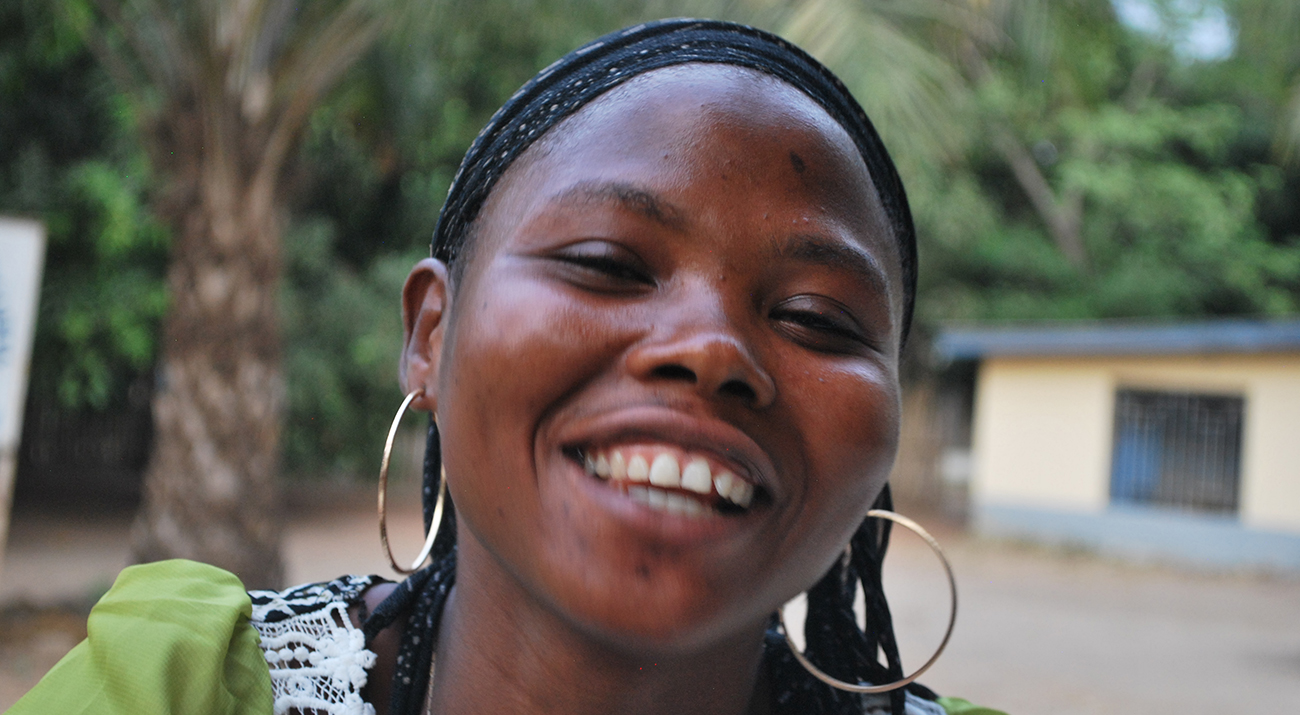 The story I wish to tell is my own

As a young disabled woman in offline rural Sierra Leone, Mariama is an unlikely global reporter.

First trained in community journalism by On Our Radar in 2012, she was part of a national group of first time voters keen to cover their election. There were concerns about the potential for unrest but also a desire to track positive community experiences during the poll, the first without UN oversight since the civil war. Using SMS as a micro-reporting tool, Mariama joined 45 other community reporters across the country in sharing rolling updates from the streets, polling stations and their neighbourhoods. These messages came through to On Our Radar’s Editorial team via a digital number to a central management system where they could be verified, curated and pushed to key media channels. Alongside general updates as the poll progressed, their reports helped to flag access issues for disabled voters, including a nationwide oversight in delivering tactile ballot papers for visually-impaired voters. Their short messages, curated into digital stories, were picked up by the BBC, Al Jazeera and the EU election monitoring team.

After the elections the network remained connected, sharing local stories and supporting one another via text. It wasn’t a funded network so the support was informal and untethered to objectives and expectations. No-one had any way of knowing what the country was about to go through. In early March 2014, a text from Mariama’s village reported a wave of sickness among her community. The Ebola outbreak had reached the remote northern regions of Sierra Leone. Her community was quarantined. First she lost her aunt. Then, she lost her father. Using the mobile reporting channel, Mariama and the rest of the national network kept texting; telling their stories, message by message. With media professionals barred from the country, their reports became the news. As we connected them to world media outlets, they told a hidden story of an outbreak claiming lives on the other side of the world. When Mariama’s father died, his body had been taken far away and when the outbreak ended we worked with her to document the painful journey she made to find her father’s unmarked grave. The collaborative documentary became part of an award-winning media series called Back In Touch. Today, she works as a community mentor, supporting a new generation of reporters to tell a deeper story around life with malaria.