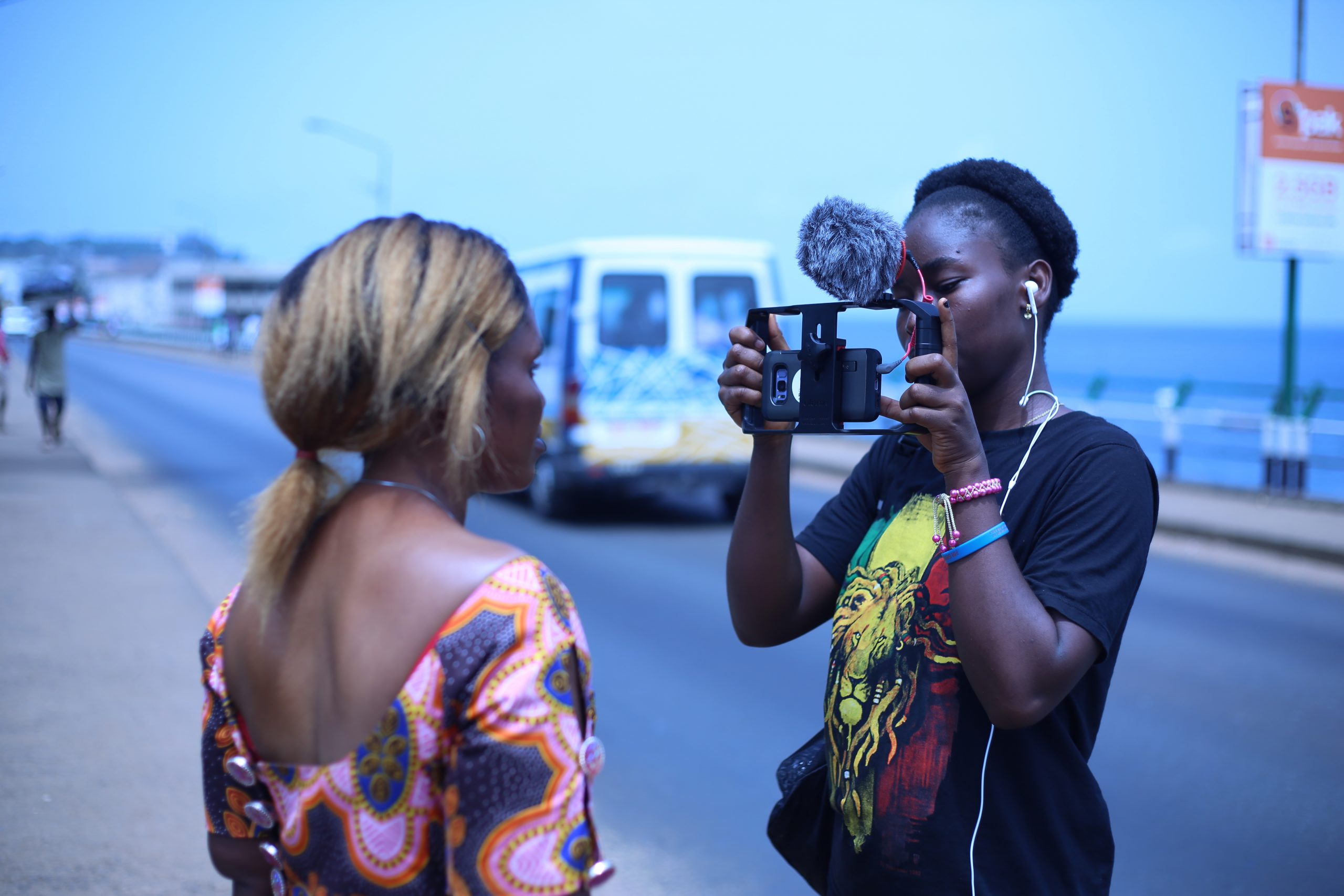 Sierra Leone has one of the highest burdens of malaria in the world and 40% of hospital visits are attributable to the disease. Self-diagnosis and herbal medicine are commonplace and a combination of costly medical treatment and late hospital referrals all too often lead to death. Covid-19 has made the situation even more difficult.

With Comic Relief, over the past two years, we’ve trained up 70 community reporters to use their mobile phones to tell their stories of life at the sharp end of the healthcare system. The network is incredibly diverse, with farmers, students, community health workers, teachers, youth leaders, mothers and persons with disabilities.

They share insight on their experiences and put forward ideas for change – discovering the challenges posed by poor road infrastructure, underpaid and disillusioned healthcare workers, and sub-standard medical supply chains. But also the resilience and power of communities coming together to support each other.

Using SMS, voicemail and chat apps, we trained reporters from marginalised communities all over the country to share community insight and solutions directly into our digital platform, Radius, using their phones. Some had never sent an SMS before.

Radius centralised their stories, providing a key resource for shared action for our partners in the consortium (BBC Media Action, Concern Worldwide, Health Poverty Action, Speak Up Africa and Restless Development), enabling them to meet communities where they are and feeding this insight into their advocacy and support work. With poor road infrastructure hindering mobility, it also connects communities that might be a few days’ journey from the capital city, Freetown, making sure that their experiences are reflected in the national story.

In March 2020, one week before Sierra Leone closed its borders due to the outbreak of Covid-19, we delivered four intense days of documentary training and distributed mobile journalism kits. Prior to that session, none of the attendees had any experience in shooting, editing or producing films. As flights were reduced and lockdowns rippled across the globe, in-person training was no longer possible and all remaining modules and refresher lessons moved to e-learning platforms or SMS for those offline. The sessions covered storytelling, interviewing, advocacy and multi-media production, as well as staying safe whilst reporting during the pandemic.

With mobile journalism kits left in-county, over the next 10 months, the network honed their skills and participated in weekly reporting sprints to track their communities experiences with malaria and how Covid-19 was impacting this. All reporters received a monthly stipend and were supported by community mentors, who first trained with Radar back in 2012 and gained reporting experience while covering the Ebola outbreak. The network co-produced a 10-part radio drama with Concern Worldwide, tackling myths and misconceptions related to Covid-19 and malaria, and a brand new 5-part national radio drama with the National Malaria Control Programme and Speak Up Africa which was broadcast on 28 community and 4 national commercial radio stations for six weeks. Their reports and insights were also used by BBC Media Action to hold government officials to account on their Tawa Fo Welbodi programme.

“Before I became a reporter, people looked down on me. But now that I am a reporter for the community, everyone has respect for me” – Community Reporter, Tonkolili

In February 2021, the network launched The Road to Recovery, a web documentary about life at the sharp end of the healthcare system, shot entirely on mobile phones and edited and produced locally.

One of the six films that made up the web documentary – Under the Coffee Tree, Sundu’s Story

Rather than just point out the current challenges, we worked with communities across Sierra Leone, as well as healthcare professionals and other in-country partners, to come up with a People’s Healthcare Manifesto. The manifesto sets out the changes that Sierra Leoneans would like to see made to the healthcare system, with the overall aim to improve primary and tertiary care across the country.

Alongside their films, the manifesto was part of a touring film festival that visited 7 locations across the country. Here, the community reporters presented their 7 recommendations to key stakeholders as well as the Chief Medical Officer and the National Malaria Control Programme. Together they have been raising issues, setting out solutions and holding decision-makers to account – as well as appearing on radio and television stations across the country to advocate for the adoption of the manifesto, putting forward their ideas for a healthcare system that is safe, accessible and inclusive.