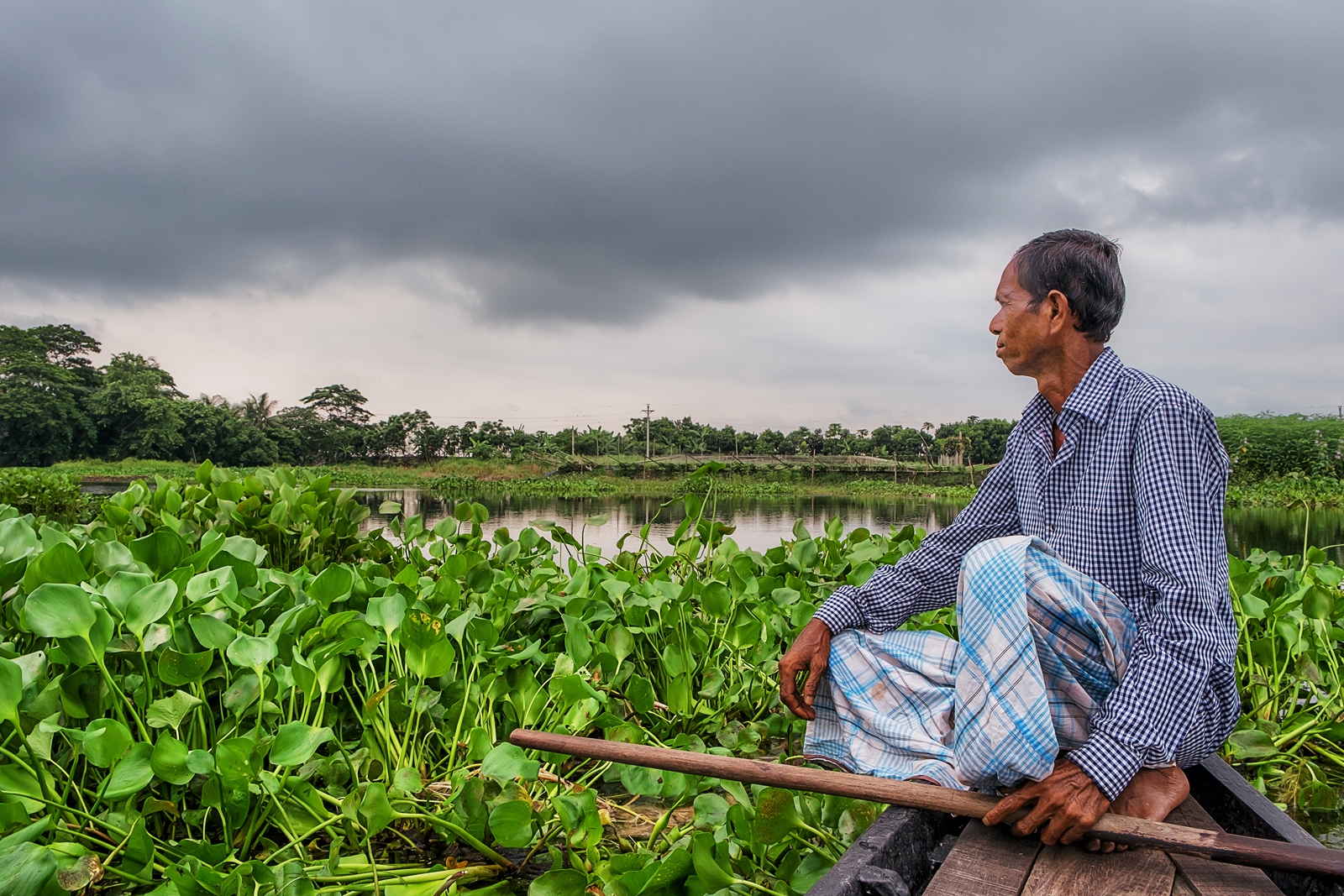 Community-led journalism project on adaptations to climate change in Bangladesh

40% of agricultural land in Bangladesh will be lost due to a 65cm sea level rise by the 2080s. About 20 million people are already affected. In the agricultural delta regions of Bangladesh, farmers are facing incredible challenges with increasing floods and the negative effects of soil salinisation linked to sea level rise. The impact of these combined land and coastal changes on food production are woefully underrepresented in the media. Many people migrate to major towns. Others have developed innovative climate-smart floating farms: a sustainable practice in which crops and vegetables are grown in soil-less floating platforms constructed from aquatic weeds.

We partnered with a Bangladeshi NGO to explore the mounting national concerns related to the climate crisis and took these issues back to the communities to unpack them through a series of workshops. This helped us to connect with individuals who were living through both the challenges and actively engaged in creative solutions. Building on the insight shared, we worked with the communities to co-produce an immersive media series, told in the words of communities feeling the harshest impacts of climate change.

Combining their lived experience with our professional production skills, we were able to illustrate their narration using 360 videos and pictures, Google Earth historical satellite images, and drone imagery to capture flourishing floating gardens. While there is a desperate narrative emerging around the climate crisis, this series celebrates an innovative community solution that draws on the resources and capacity of communities to sustain their livelihoods and contribute to future models of agriculture. It was hugely successful in reaching a global audience with BBC sharing the video, which has had almost 3 million views on Facebook and over 600k views on YouTube. This public narrative is important as it helps to reframe climate-affected communities as agents of change rather than passive recipients of aid and support. It is also critical that these stories are heard by those with the influence over the climate agenda and, in December 2020, the film was screened to world leaders and activists at the Climate Ambition Summit as an example of what can be achieved through community action. The project was funded by the European Journalism Centre’s Innovation in Development Reporting Award.